Do you need spare parts for your Ferrari? Exotic Auto Recycling is the place for you! The stated mission of this unique business, owned by Ryan and Dani Jones, is to become the largest supplier of used auto parts in the world! They specialize in Ferraris, Maseratis, Lamborghinis, and more. Ryan and Dani sell new, used, and aftermarket auto parts all over the world, as well as locally. “This is a great way to meet people in the community,” says Dani. 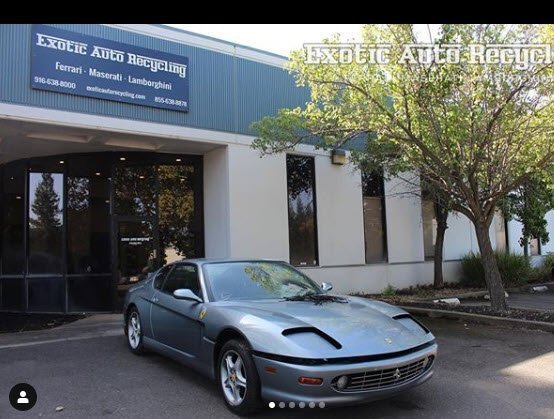 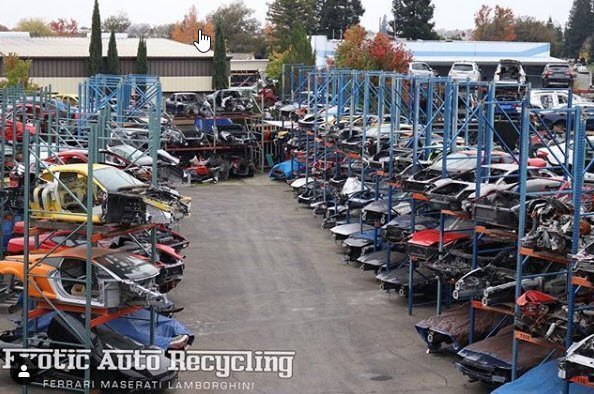 Selling exotic auto parts is what they do, but their unstated mission is just as vital – raising funds for Albie Aware. On Sunday, October 20, 2019, 9:00 am to 1:00 pm, Exotic Auto Recycling will team up with the Dreams and Drivers Car Club to host an event to raise awareness and funds to help fight breast cancer.

The event will take the form of a huge car show at their location, 3790 Omec Circle, Rancho Cordova, with more than 100 cars on display. There will be those true exotics along with beautiful jeeps, mustangs, and many other new and old cars, both stock and custom.

This will be a fun day for everyone! Bring the kids and enjoy music by a DJ, a bounce house, free donuts, games, and free food from Beach Hut Deli. Limited edition pink T-shirts featuring Exotic and Diamond Autosports logos will be for sale with proceeds going to Albie Aware and Keep A Breast Foundations. 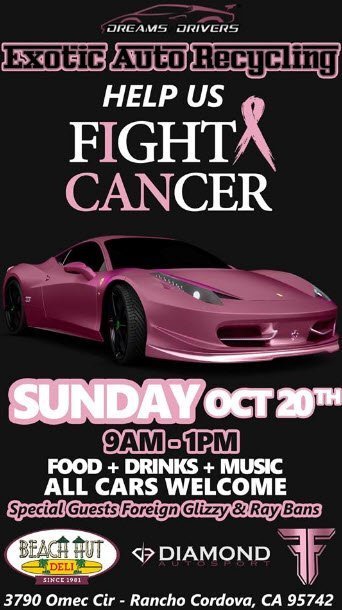 In 2016, Dani was breastfeeding her son and noticed multiple lumps. Because of her age, she didn’t think anything about it, but several coincidences led her to investigate further. First, she and Ryan attended a car show, sponsored by Diamond Auto Sports, to raise awareness for breast cancer. A young woman at the show was talking about a recent scare with the disease. “I was surprised,” Dani says. “I didn’t think young women could get breast cancer.” Later, she was watching a talk show on TV and a guest speaker was displaying fake boob pillows to give to survivors that had lost their breasts. “I just felt like somebody was telling me something.”

She made an appointment for a checkup and was told she had clogged milk ducts. They told her to apply moist warmth to the affected breast. When that didn’t work, Dani made another doctor’s appointment on a Monday and by Friday, after multiple tests, an ultrasound, mammogram, and a biopsy, she was diagnosed with breast cancer at the young age of 31. She opted for a double mastectomy and reconstruction.

When looking for an oncologist she could put her faith into, Dani contacted Albie Aware. They examined her case and put her in touch with Dr. Claudia DeYoung at Kaiser Permanente South Sacramento and part of Albie Aware’s Medical Advisory Board. “Dr. DeYoung and Albie Aware helped me so much, it has inspired me to continue to connect with Albie Aware and pass along my passion to help others going through this journey.” 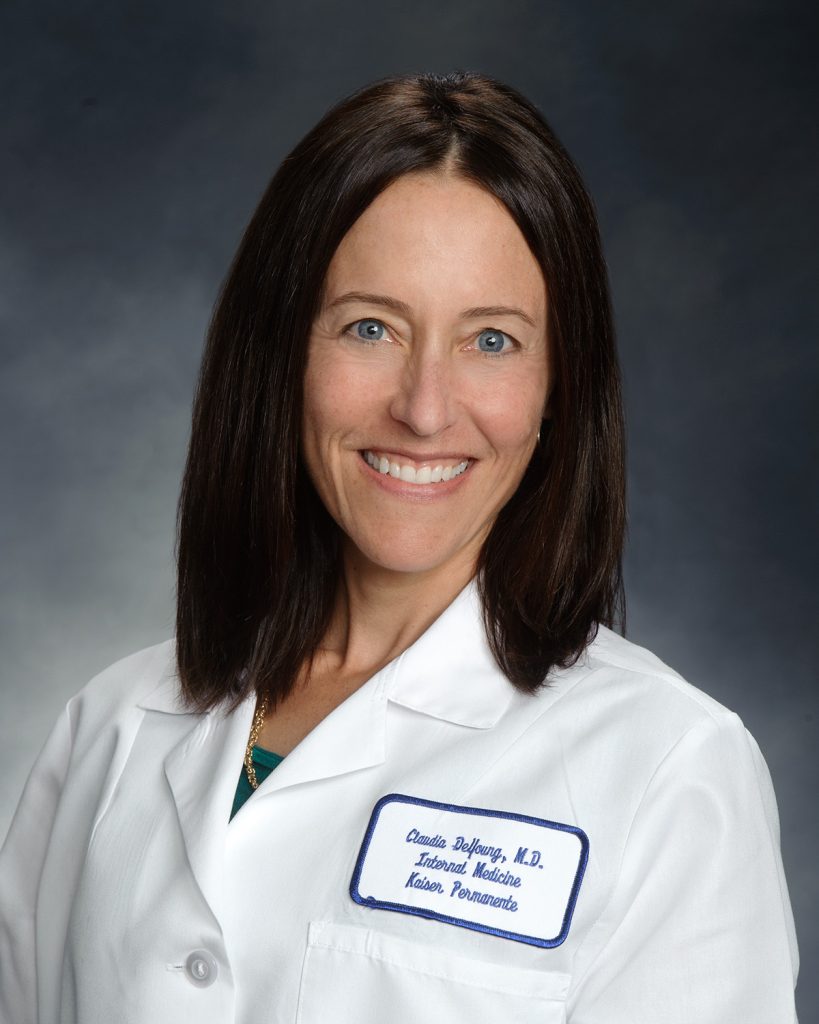 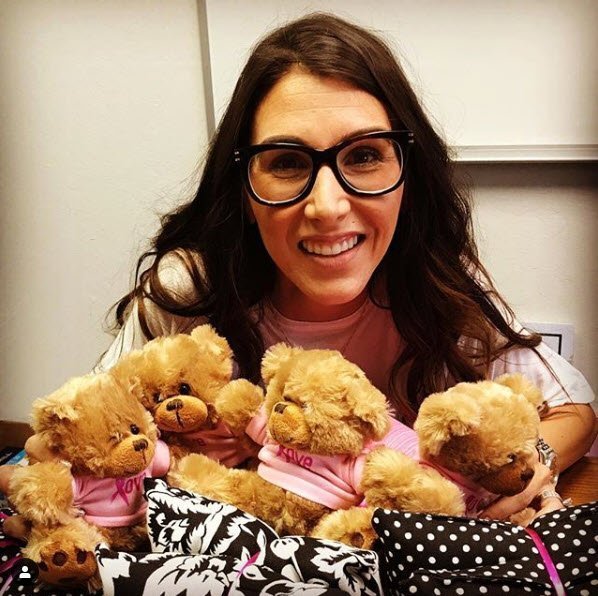 Dani was changed by her experience and knew she needed to help other women dealing with the disease. As a fundraiser, Albie Aware partnered with Makuni Japanese Restaurant to sell teddy bears wearing pink breast cancer T-shirts. Dani and Ryan bought 10 bears every week, during the month of October, and handed them out to kids in the restaurant.

She also started making pillows and donating them to Albie Aware, Kaiser, and people diagnosed with breast cancer across the country. A year after her ordeal, she held a fundraising event for 50 people at her home in Rancho Murieta. The event included dinner, raffles, and games for kids. She was able to raise $1,000 for Albie Aware.

Dani now gets people diagnosed with the disease contacting her regularly for advice. She sends them pillows, cards and more to provide them with a little encouragement during their journey. Referrals come from her Instagram account, other breast cancer survivors, family and friends. 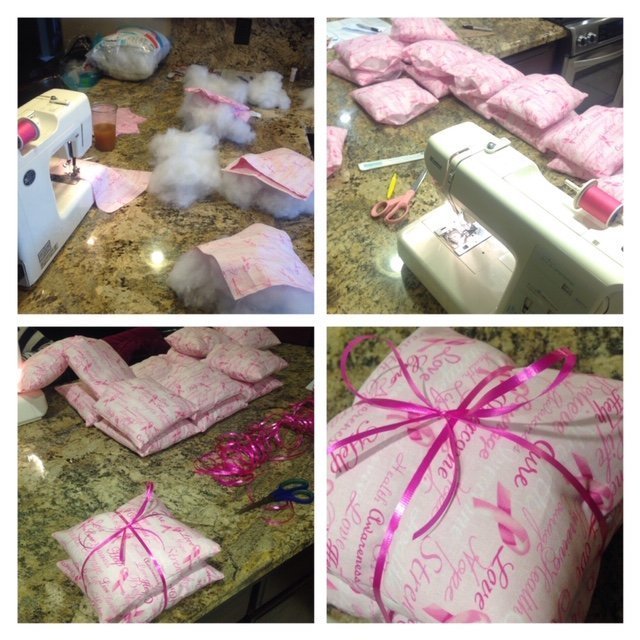 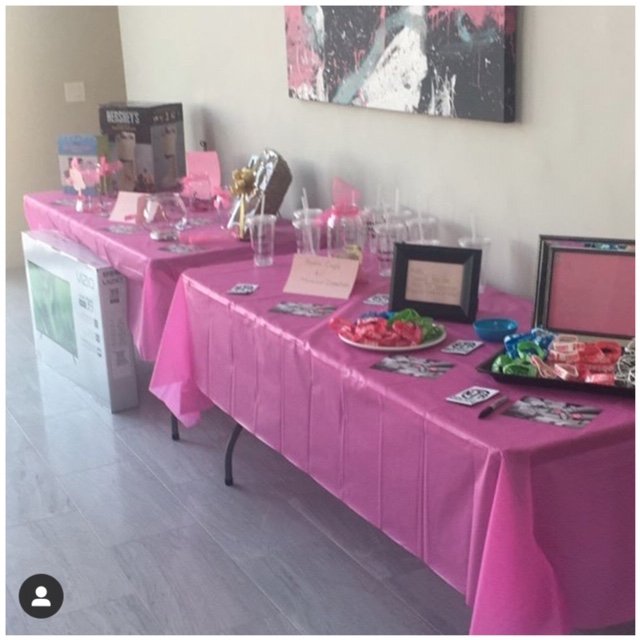 She urges people with breast cancer to call her. “I include my number and help instructions with each pillow.”

This will be Exotic Auto Recycling’s second year holding a Breast Cancer Awareness car show. Dani is firmly connected to the breast cancer community and to Albie Aware through personal events and donations.

This past January, Dani detected more lumps. They were removed and fortunately they were benign.

“It’s always a fear,” she says. “It’s good to have a women’s group to lean on. You absolutely need a support system. It’s always a fear. We have our own community and women who don’t have that are missing out. We help each other through it because we all live with this fear.”

When Dani decides to help, she is all in. “If you can’t sleep in the middle of the night call me. Don’t understand something? Call me. Want information on what you should do before or after surgery, call me. Everyone needs people to guide them through the whole way. You don’t have to do this alone.”

If you need someone to talk to about your diagnosis, you can find Dani through Exotic Auto Recycling or Albie Aware Breast Cancer Foundation. Call her! 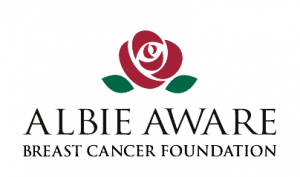 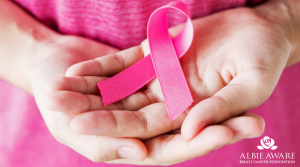 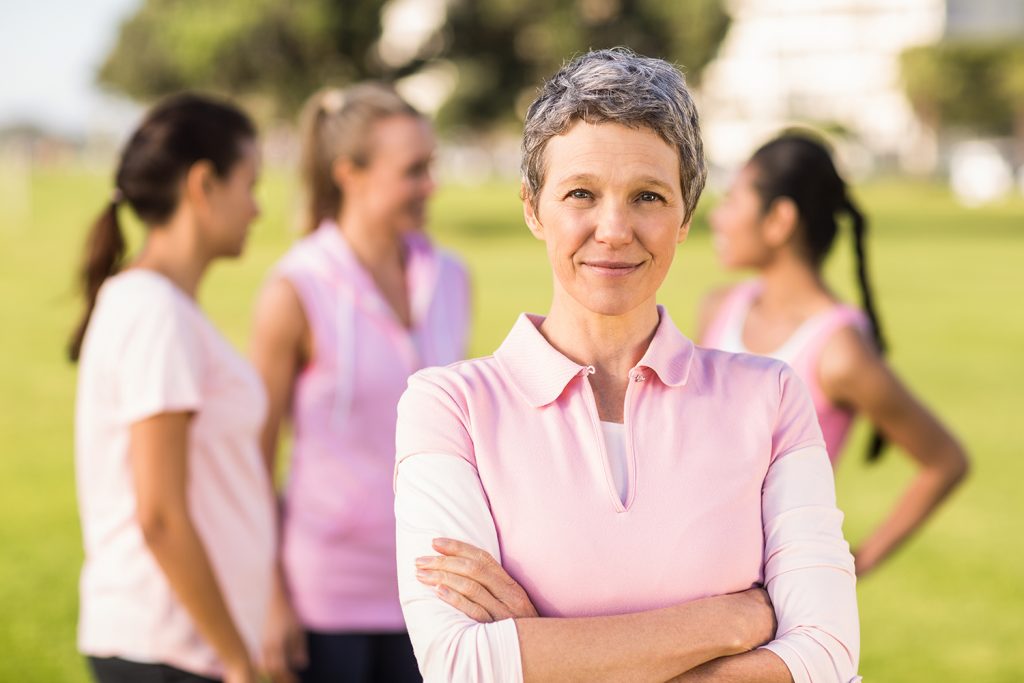